Thanks to the generosity of pupils, parents and staff at Derby Grammar School, 123 shoeboxes full of everyday essentials have been handed over to YMCA Derbyshire.

The School has been supporting YMCA Derbyshire for several years, and this year went the extra mile through packing each box with an individual hand-written Christmas card. Students covered the boxes themselves with Christmas paper, after receiving a tutorial during assembly time on how to wrap effectively!

Boxes have kindly been created for both male and female residents, and a team effort was employed to pack and wrap the boxes. A year 8 class were charged with completing the wrapping, and three lower sixth pupils packed toiletries such as deodorant, shower gel, shampoo, toothbrush & paste, as well as gloves, hat and socks to keep residents warm. Boxes also include fun gifts such as playing cards, games, wind-up torches, and a sweet treat.

Elaine Sellors, Head of Creative Arts at Derby Grammar School, said: “We have worked on this project with YMCA Derbyshire for a number of years now and it is always so heart-warming to see how well received each package is by the residents. Our relationship has grown over the years and we feel so privileged to be part of the YMCA family. That’s why we keep on supporting such a worthwhile cause.”

Gillian Sewell, Chief Executive of YMCA Derbyshire, said: “Thanks to our friends at Derby Grammar School, on Christmas Day, each resident at YMCA Derbyshire will receive a present to unwrap. Christmas and New Year can be a difficult time of year for many of the people we support, so it is kindness such as this that makes all the difference.” 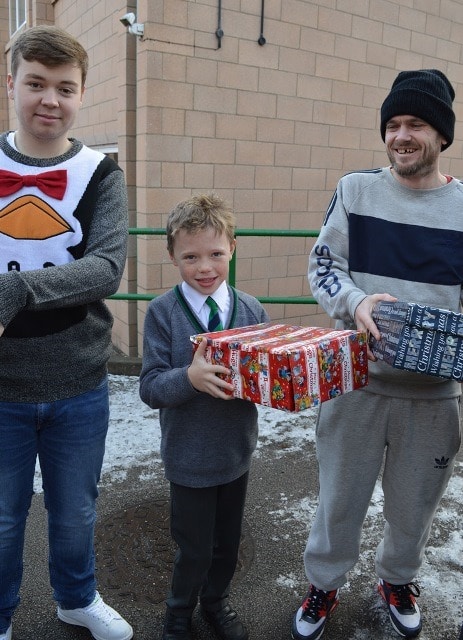