YMCA Derbyshire residents visited Derby Grammar School today to present then with a cheque for £350 towards their fundraising to support Gedeli B School in Mwanza, Tanzania.

Derby Grammar School often support our residents through harvest festival donations and shoe box gifts at Christmas. The SOLID committee here at YMCA wanted to repay this generosity by raising money for the Grammar School’s Tanzania project which supports school-children at Gedeli B School in Mwanza.

Lee Joseph, a SOLID committee member, explained: “SOLID stands for Shout Out Loud in Derby. It is a committee formed by YMCA residents to volunteer on projects in our local community. We often support local schools and groups by donating time for building or groundwork projects, but for Tanzania we wanted to do something different.”

They came up with the idea of a cake sale and were delighted when East Midlands Trains agreed they could sell the cakes at Derby train station.

SOLID committee member Michaela Barford added: “We baked 300 cakes at YMCA on London Road, and had some donated. It felt really good to be raising money for a good cause like Gedeli B School. For our group of YMCA residents, it took some of us out of our comfort zone by selling the cakes and meeting people, but it really helped develop confidence. And after raising £350 we all felt a huge sense of achievement.”

Derby Grammar School has supported Gedeli B School in Mwanza, Tanzania since 2013. To date over £65,000 has been raised which has built two toilet blocks, two classrooms and a special needs classroom.

Funds have also enabled the installation of electricity and water, as well as the purchase of resources including desks, chairs and exercise books.

The 2017 team of Lower Sixth formers and teachers departs on 5 July and is focusing on building another classroom, installing further electricity and water supplies, and making the ground good for sports. 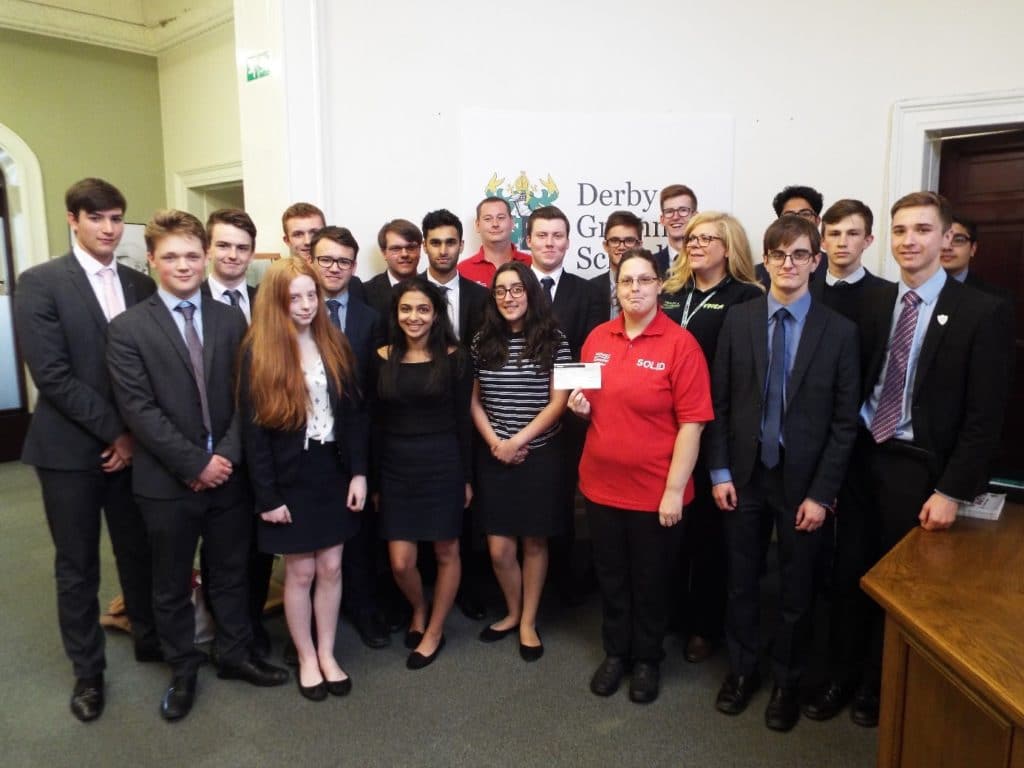