YMCA Derbyshire supports over 1,000 members of the Derbyshire community in COVID-19 response

YMCA Derbyshire has supported over 1,000 members of the Derbyshire community since Covid-19 emergency lockdown was announced in March this year.

Residents of the YMCA, families and the elderly have benefited from donations of food parcels, home-cooked dinners, crisis bags and general items such as toiletries and virtual community meals.

The charity has seen a huge increase in support due to grants from funders alongside businesses, supermarkets and individuals wanting to help keep those who are struggling to be fed.

Because of this generosity, YMCA Derbyshire has been able to support COVID hubs across the city to distribute nearly 200 food parcels weekly.

More than 88 food packs were distributed to residents of the YMCA, many of whom have found it difficult to leave their rooms or have lost their part-time work.

With this incredible support from the community and staff at YMCA, these young people are beginning to regain their confidence.

Matt said: “It’s been a challenging year for all but the support in the community continues to be incredibly important. We want to ensure no-one feels isolated or alone.

“Council hubs in the Derby are braced for at least a year of future support in their wards and communities and, with Christmas approaching it is so important to continue helping.

“We hope to use a variety of venues to cook hot meals in the future but, of course, this is dependent on government guidance.”

Matt has also created virtual connections with families in Allenton via a community meal, which was delivered to their door before a game of bingo via Zoom.

YMCA Derbyshire knows that even more people are going to need their support in the months to come. If you would like to help support young people and the community at YMCA Derbyshire, please do get in touch at Catherine.white@ymcaderbyshire.org.uk 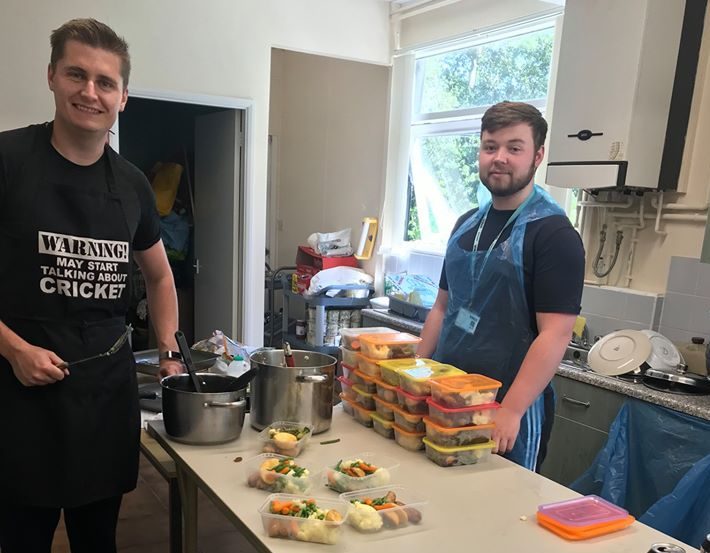